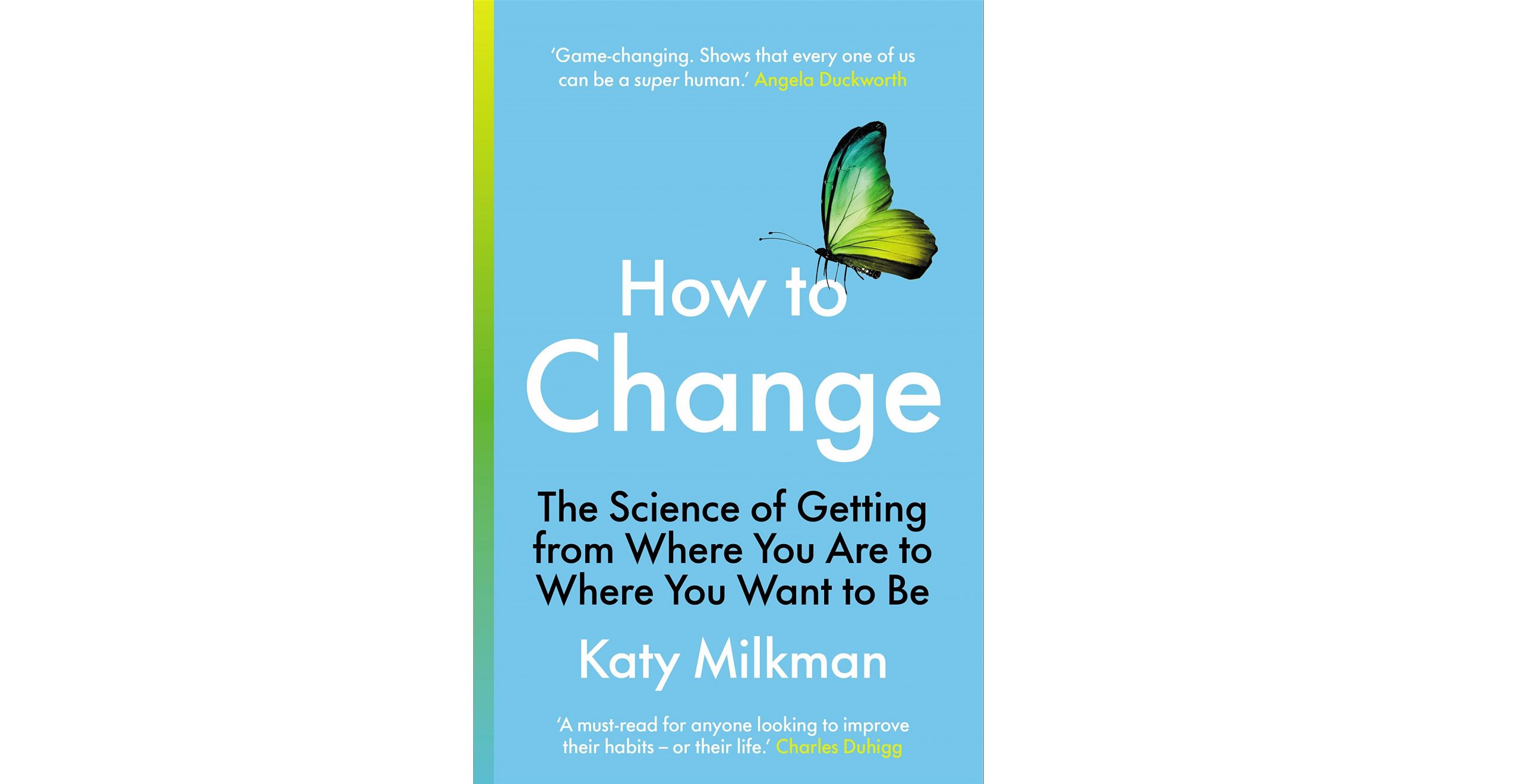 How to Change – Katy Milkman

I’ll begin this review with a disclosure. Katherine (Katy) Milkman, the Wharton Professor, Co-Director (with Angela Duckworth) of the Behavior Change for Good Programme, and author of the book I’m about to review, is my hero. I read her papers with enthusiasm, subscribe to her podcast, Choiceology, and when recording my own (abortive) behavioral science podcast a few years ago, had to get my colleague to interview her for fear that I would come across as too much of a fanperson.

It’ll probably be of little surprise, then, that I enjoyed her book – How To Change: The Science of Getting from Where You Are to Where You Want to Be.

That being said, I was a little surprised. I rarely read books at all, much less cover to cover over the course of a day. The last book I read in physical form was Ashley Whillans’ Time Smart (also reviewed for The EQ), and I was only able to find the time to do that because I was on medical leave.

I’m also disinclined to enjoy most books about behavioural science – with many of them simply retreading the same ground, the same dozen or so studies, albeit with a slightly different lens. Yes, Bob Cialdini got people to reuse their towels more by saying that everyone was doing it. Yes, Dan Ariely found that almost everyone lies… just a little bit. Yes, economists are a bit silly for the things that we ardently believe (or at least, the things that we teach our students to ardently believe).

Against this backdrop, Milkman’s book is something a bit new. There are many studies in there that I’m familiar with, a mix of her own and those of others, but the telling is crisp and more often than not, she was talking about studies I wasn’t aware of, or had only fleetingly read as a doctoral student. Unlike many similar authors, Milkman spends less time on the blockbuster studies of old, and much more on the promising areas for the future. The work of junior scholars, and especially her own doctoral students, is given a chance to shine. This means the advice is a little different to what you might have heard before.

Have trouble saying no to workplace housework tasks? Form a “no group”, as Milkman did to help her seek the advice of others to turn down jobs that she neither needed nor wanted. Want to improve your grades? Give advice to others on how to do so. Getting into a good habit is good, but a more flexible routine is more likely to be successful in the longer term.

The different inflection on advice, often taken from a slightly more nuanced interpretation of findings, as well as the focus on the work of academics whose star is rising rather than risen, means that overall this book reminds me of the first time I heard Tusk, Fleetwood Mac’s slightly lamented 12th album, after being a long time fan of Rumours, their 11th and most famous. It has some of the same elements – the same instruments, the same songwriters, the same musicians, played on the same stage; but it’s something quite different.

If you’re the kind of person who’s listened to Nudge/The Chain on repeat for years, some of what you find in How to Change/Tusk might jar at first, but once you settle in, you’ll realise that there’s the same kind of genius at work.